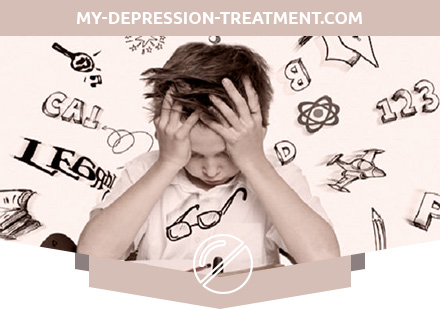 What are Emotional Disorders?

Emotions are mental states that reflect the body’s response to a change in the surrounding world or another person. The pathology of emotions is expressed in a decrease in mood – depression, increase – mania, as well as dysphoria, ecstasy, moria, anxiety, incontinence, emotional lability.

Behavior and perception are accompanied by subjective experiences, which we call feelings, mood changes, or emotions. Emotional responses are found when discussing feelings. In all cultures, feelings are identified in a similar way, for example, anger, hatred, love, envy, jealousy, fear, feeling sick. This is noteworthy, because we recognize emotions uniquely. At the same time, we do not learn emotions by ourselves, but we learn to love and hate a particular object. The fact that we can tell others about our feelings and be understood by them shows that the basis of emotions is a biological basis.

Emotions are associated with the organization and structure of the neuronal network of the viscero-limbic system. Therefore, data on functional operations at this level can be obtained based on answers to tests, these data allow us to find out the relationship of emotions with specific behavior (R. Plutchik, C.E. Izard).

Emotions are subjective experiences, but the presence of self-control of emotions shows that they are accompanied by specific expressive movements (muscle actions). We can record the physiological responses typical of individual emotions. You can also collect the results of other people’s evaluations of subjective expressions within different cultures and notice that they are similar. In deaf-mute children, emotions are expressed in the same way as in ordinary children, therefore their expression is innate (I. Eibl-Eibesfeldt). In the literary language, emotions are used metaphorically, their classification into anger, sadness, fear, joy, surprise, disgust is preserved throughout the world.

The physiological expressions of emotions are accompanied by changes in skin temperature, skin galvanic resistance, blood pressure and pulse rate. The pulse rate increases with fear, although skin temperature decreases. With joy, both the pulse rate and the skin temperature moderately increase, a more pronounced increase is noticeable with anger, and a decrease in these indicators is characteristic of disgust, while the type of response entirely depends on the antagonistic functions of the sympathetic and parasympathetic nervous system.

Expressive movements are indicators of emotional state. Since the time of Ch. Darwin stands out for a certain number of such conditions. S.S. Tomkins, R. McCarter identified 7 basic emotional categories, which included joy, fear, rage, surprise, pain, interest and shame. Other scholars supplement these categories with disgust and contempt. However, the systematics of emotions was unconvincing until it was possible to understand the neuropsychological basis of these phenomena. Promising steps in this direction have been made by J. Panksepp. He tried to systematize emotions by linking them to the large structures of the mammalian brain that control specific behavior. He identified emotions: (1) interest – desire (expectation), (2) irritability – anger (rage), (3) trepidation – anxiety (fear), (4) loneliness – sadness (separation distress, panic), (5) pleasures are passions. Darwin, comparing the external expressions of emotions in humans and animals, discovered their similarity. This study became one of the facts of his evolutionary theory of the origin of man. One of the fundamental emotions is fear, all primates, including humans, are afraid of snakes and reptiles, insects. Among fears in humans, the following are respectively: fear of strangers, which first appears in a child aged about 1.5 years; fear of getting an incurable disease (getting infected); fear of unpredictable situations; fear of death; loss of a social person; child and love; habitual stereotypes; and finally, the fear of losing the meaning of life, which in the hierarchy takes the highest place. Emotions add up to feelings. In the system of feelings, love occupies an important place. However, this feeling consists of many emotions and has its own typology. So, they single out romantic love, love-hate, sublimated love, maternal love and the love of a child for a mother. In the Platonic sense, in addition to sexual love, one can single out love for the homeland and even the idea. According to Masters – Johnson, in the structure of romantic love, sequences are distinguished from readiness to love to love – a love union, which further includes the dynamics of love, with experiences of a return of reality, boredom, irritability, disappointment and resentment, accompanied by analysis that leads to conflict or truce and the probable cooling, breaking and searching for a new object of love. However, the dynamics of feelings are completely different if a love union does not arise in stages, but love itself directly arises from falling in love. The escalation of hatred also contains stages, from dehumanizing the adversary to clash and truce.

The sum of emotions over a period of time is called mood. And vivid expressions of emotions with a distinct non-verbal component are called affect. The emotional expressions and feelings of different national groups are expressed differently, although the fundamental emotions of all are the same. So, the smile of the Japanese may not be associated with joy, but it is a manifestation of courtesy and respect.

The pathology of emotions is expressed in a decrease in mood – depression, which consists of a decreased mood, decreased motor activity, and speech slowdown. Subjectively, one’s own failure is expressed in the feeling of “mournful insensibility” (anaestesia psychica dolorosa). With depressions, self-image (depressive depersonalization) changes, with a predominance of feelings of uselessness and abandonment in a world that seems bleak and gray, uninteresting (depressive derealization). There may be suicidal thoughts and ideas of self-blaming. Somatic symptoms include tachycardia, early involution, constipation, weight loss and appetite, decreased libido, increased brittle nails, and hair loss. Depression is supported by the following cognitive circle: I cannot do anything – my energy continues to fall – I am useless – I am guilty in front of my loved ones because I do not help them – increased depression.

Improving mood – mania, is characterized along with mood changes by increased motor activity, an increase in the rate of thinking with a jump in ideas (fuga idearum), increased ability to work and sexual activity, reduced need for sleep, and increased appetite. Depression and mania are typical for affective disorders.

Dysphoria is a state of unmotivated viciousness and irritability, sometimes aggressiveness, aimed at everyone without exception. Typical of organic disorders and epilepsy.

Euphoria is a state of serenity with a desire for contemplation, but often with active actions that are characterized by lightness. It is characteristic for the use of psychoactive substances. If purposeful activity is absent in euphoria, it is called moria, which is characteristic of lesions of the frontal lobes of the brain.

Ecstasy is an elevated, elevated mood with the idea of ​​going beyond the limits of one’s own body and merging with the environment, for example, nature. Equivalent to orgasm. It can be observed as a special type of epileptic paroxysm.

Often accompanies depression, but occurs as part of individual anxiety disorders, which, when generalized, turn into panic.

The following cognitive chains support the alarm: the heart can stop, it beats too much – I can have an attack anywhere – as a result of the attack I die – increased anxiety and the repetition of a stereotypical circle.

Affect Incontinence – the inability to control the behavior that accompanies emotions; often expressed in aggressiveness towards a weak stimulus of resentment. It is characteristic of organic disorders and some personality abnormalities.

Emotional lability – a quick change of mood, quickly arising tears of tenderness, irritability. Typical of vascular disorders. They also talk about emotional coldness – indifference, inability to empathize, detachment, formal reaction to the emotions of other people and even family members. Not everyone is able to talk about their feelings and moods, a significant number of patients use poor and colorless expressions to describe them, this phenomenon is called alexithymia.

The emotional state is studied by methods of inversion of emotional reflection, which allow you to establish an understanding of your own emotions and the ability to understand them in others. The level of anxiety is studied by the Spielberger and Taylor method, the state of health is assessed using the SAN questionnaire, and the level of depression is studied by the Hamilton method (see the appendix) and the MADRS scale.