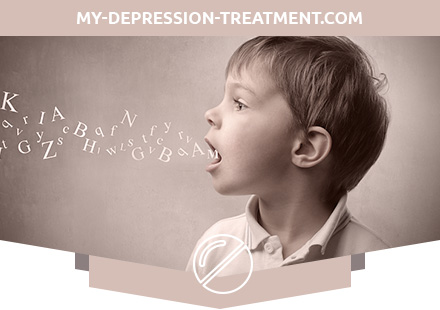 What is Specific Speech Articulation Disorder?

It is characterized by frequent and repeated violation of speech sounds. The child’s use of sounds below the level corresponding to his mental age – that is, the child’s acquisition of speech sounds is either delayed or rejected, leading to disarticulation with difficulties in understanding his speech, omissions, replacements, distortion of speech sounds, changes depending on their combination ( speaks correctly, then no). Most speech sounds are acquired by 6-7 years, by 11 years, all sounds must be acquired.

In most cases, the nonverbal intellectual level is within the normal range.

The cause of articulation disorders is unknown. Presumably, the basis of speech impairment is a delay in the development or maturation of neuronal connections and neurological processes, and not organic dysfunction. A high percentage of children with this disorder, in whom many relatives suffer from similar disorders, indicate a genetic component. With this disorder, there is no subtle differentiation of motor kinesthetic poses of the tongue, palate, lips; the cerebral basis is the activity of the postcentral departments of the left hemisphere of the brain.

An essential feature is a defect in articulation, with a persistent inability to apply speech sounds in accordance with the expected level of development, including omissions, replacements, and phoneme distortion. This disorder cannot be caused by structural or neurological pathology and is accompanied by the normal development of the linguistic sphere.

In more severe cases, the disorder is recognized at the age of about 3 years. In milder cases, clinical manifestations may not be recognized until 6 years of age. The essential features of speech articulation disorder are impaired acquisition of speech sounds by a child, leading to disarticulation with difficulties for others to understand his speech. Speech can be assessed as defective when compared with the dialect of children of the same age and which cannot be explained by the pathology of the intellect, hearing or physiology of speech mechanisms. The pronunciation of speech sounds that are most late in ontogenesis is often violated, but the pronunciation of vowels is never violated. The most severe type of violation is skipping sounds. Substitutions and distortions are a less severe type of violation. Children with an articulation disorder may find concomitant disorders of a social, emotional, and behavioral nature. 1/3 of these children have a mental disorder.

Articulation disorders due to structural or neurological pathology (dysarthria) are characterized by low speech speed, uncoordinated motor behavior, disorders of autonomic functions, such as chewing, sucking. Possible pathology of the lips, tongue, palate, muscle weakness. The disorder affects all phonemes, including vowels.

Speech therapy is most successful for most articulation errors.

Drug treatment is indicated in the presence of concomitant problems of an emotional and behavioral nature.