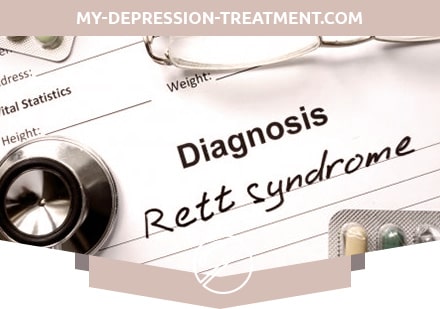 What is Rett Syndrome?

A progressive degenerative disease of the central nervous system of presumably genetic origin, occurs mainly in girls, named after the Austrian scientist A. Rett, who first described it in 1966. The author reported 31 girls with regression of mental development, autistic behavior, loss of purposeful movements and the appearance of special stereotypic motor acts of “squeezing hands.”

Its frequency is relatively high – 1:10 000 girls. More than 20 thousand cases of the disease are described in the world; most of them are sporadic, less than 1% are familial. When studying twins, the concordance of Rett syndrome is monozygous and the discordance of dizygotic pairs. The geographical distribution of Rett syndrome is uneven. The accumulation of patients in certain small rural areas of the Rhett-areas, which may be associated with existing population isolates, was noted. This concentration of the disease is observed in Norway, Italy, Albania and Hungary.

The hereditary nature of the disease is confirmed. The pathogenesis of the disease remains controversial. The genetic nature is associated with the breaking of the X chromosome and the presence of mutations in the genes that regulate the replication process. Selective deficiency of a number of dendritic proteins regulating the growth, low amount of glutamine receptors in the basal ganglia, dopaminergic receptors in the caudate nucleus, and cholinergic function disorders were revealed. The hypothesis of “interrupted development”, which is based on a deficit of neurotrophic factors, was put forward by D. Armstrong. The defeat of the lower motor neurons, basal ganglia, the involvement of the spinal cord, trunk and hypothalamus is assumed.

An analysis of morphological changes in Rett syndrome indicates a slowdown in brain development after birth and a halt in its growth by 4 years of age. A slowdown in the growth of the body and individual organs (heart, liver, kidneys, spleen) was revealed.

In the ante- and perinatal periods, in the first half of life, development is assessed as normal. However, in many cases there is congenital hypotension, a slight lag in the formation of basic motor skills. The onset of the disease from 4 months. up to 2.5 years, but most often it manifests itself at the age of 6 months. up to 1.5 years. Describing the psychopathological process in Rett’s syndrome, some authors talk about “dementation”, others about the unevenness of mental disorders.

During the disease, 4 stages are distinguished:

Stage IV: the breakdown of speech, the occurrence of echolalia (including retarded ones), misuse of pronouns.

The second stage – a regression of neuropsychic development – is accompanied by bouts of anxiety, “inconsolable scream”, sleep disturbances. Within a few weeks, the child loses his previously acquired skills, stops talking. Which is often mistakenly interpreted as autism. Stereotypical movements appear – “washing the hands”, squeezing, squeezing, sucking and biting the hands, tapping them on the chest and face, ataxia and apraxia. The balance is disturbed when walking, the ability to walk is lost. More than half of the children have abnormal breathing in the form of apnea for up to 1-2 minutes, alternating with periods of hyperventilation. Respiratory disorders are observed during wakefulness and are absent during sleep. In 50-80% of girls with Rett syndrome, various types of epileptic seizures develop that are difficult to treat with anticonvulsants. Most often these are generalized tonic-clonic seizures, complex and simple partial convulsions, drop attacks.

After the regression phase, the third stage begins – the pseudostationary, encompassing a long period of preschool and early school age. The condition of children is relatively stable. Deep mental retardation, seizures, extrapyramidal disorders like muscular dystonia, ataxia, hyperkinesis come to the fore. Attacks of anxiety are not noted.

At the end of the first decade of life, the fourth stage begins – the progression of motor disorders. Patients become immobilized, spasticity, muscle atrophy, secondary deformations – scoliosis – increase, vasomotor disorders appear mainly in the lower extremities. Growth retardation without delay in puberty is characteristic. There is a tendency to the development of cachexia. Seizures are rare. In patients with Rett syndrome, against the background of the total disintegration of all areas of activity, emotional communication and attachments corresponding to the level of their mental development are preserved for the longest time.

Mostly symptomatic. The drug of choice is bromocriptine or perlodel. In the presence of seizures, anticonvulsants are recommended. Family therapy is appropriate. A broad educational approach is needed to help develop adaptive skills.