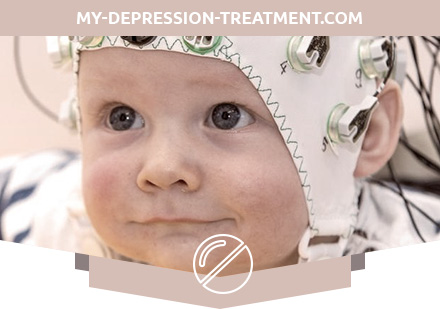 What is West Syndrome?

It appears in children aged 3 to 7 months of life, more often in boys.

It belongs (like Lennox-Gastaut syndrome) to multifactorial epilepsies. In the International Classification of Epilepsy, it is identified as cryptogenic and symptomatic in the section “Generalized forms of epilepsy”. Organic residual cerebral syndromes (pre-, peri- and postnatal), subacute encephalopathies, neurometabolic diseases, and tuberous sclerosis in 10% of cases are often observed.

West syndrome can be divided into 2 groups: the symptomatic group – the presence of previous signs of brain damage (mental retardation preceding seizures, neurological, neuroradiological changes or other types of seizures, or a known etiology) and idiopathic (smaller) group.

A triad of symptoms is characteristic: infantile cramps + delayed psychomotor development + hypsarrhythmia. One of the signs of the triad may occur.

Cramps can be flexion, extensor, more often mixed. In most cases, seizures consist of a suddenly starting, frightening, generalized myoclonus with jerks up, a raising of the head, reminiscent of the Moro reaction – lightning-fast (duration – up to 1 s) clonic convulsions with bending of the head and trunk, sometimes with falling to the knees. In some cases, seizures also appear in a short, but serial, nodding head movement (“nodding”). Less often, these attacks occur as if in slow motion filming, which is reminiscent of the oriental greeting to the “Saalam”. There is always a pronounced tendency to serial seizures, an imperceptible transition to status, a combination with large seizures.

Neuroradiology: in 90% of cases they find gross structural disturbances.

It is based on a typical clinic triad and pathognomonic EEG data activated in a dream. EEG outside a seizure – hypsarrhythmia. Hypsarrhythmia is a continuous generalized high-amplitude slow and hypersynchronous activity with sharp waves, peaks, slow peak-wave complexes. EEG data during a seizure with fulminant myoclonus correspond to generalized peaks and sharp waves, with tonic convulsions – low-amplitude high-frequency generalized peaks that increase in amplitude to the end of the seizure.

More often depends on the timely treatment of ACTH, but fundamentally – on the symptomatic or idiopathic nature of the syndrome. Basically, the prognosis is unfavorable. Mortality occurs in approximately 20% of cases. In 90% of cases – a violation of mental development. Often the transition to Lennox-Gastaut syndrome. Favorable prognostic signs: normal psychomotor development at the onset of seizures, absence of other epileptic manifestations, normal neurological and neuroradiological status, quick response to therapy and absence of relapses, absence of focal or multifocal manifestations on EEG after the disappearance of hypsarrhythmia.

Most idiopathic cases show a favorable prognosis if treatment is started on time.

At the first stage – high dosages of vitamin B6, which manifests itself in the first days of treatment. With inefficiency – Vigabatrin in high doses. If there is no effect within 2 weeks – start taking Valproate, corticosteroids. Side effects are significant (Cushing’s syndrome, nephrolithiasis, etc.).