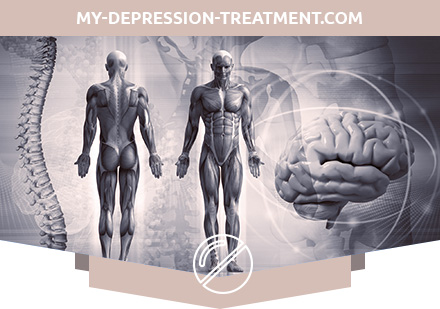 Somatized disorder (Briquet’s syndrome) is a mental disorder.The main symptom is the presence of multiple, recurring and often mutating somatic symptoms, usually with a successive survey it is possible to identify at least 13 complaints, with a constant change in the leading somatic syndrome. Symptoms usually do not have a basis in the form of structural lesions of organs and tissues and are observed for a number of years preceding the patient’s visit to a psychiatrist. Most patients traveled a long and difficult path, including primary and special medical services, during which negative results of examinations were obtained and useless operations could be performed. Symptoms can relate to any part of the body or system, but the most common gastrointestinal sensations (pain, belching, regurgitation, vomiting, nausea, etc.), as well as abnormal skin sensations (itching, burning, tingling, numbness, soreness) etc.). Sexual and menstrual complaints are frequent. Often there is a distinct depression and anxiety. This may justify a specific treatment.

Somatized disorder usually begins at the age of about 20 years, and by the age of 30, patients are already confident that they have a serious illness and have extensive experience with doctors, healers, and healers. The disease is usually chronic in nature, with a wave-like course. It is accompanied by a variety of emotional disorders (anxious, depressive spectrum) and is often combined with a prolonged violation of social, interpersonal and family behavior. The disorder is much more common in women than in men, and often begins at a young age. Often, addiction or abuse of drugs (usually sedative or analgesic) is detected as a result of frequent medical courses.

Symptoms of a Somatic Disorder

Symptoms resembling somatic disease, however, constant complaints despite excessive detail, are vague, inaccurate and inconsistent in time. As a rule, patients turn to therapists first of all, then, being dissatisfied with the lack of treatment results, to narrow specialists, they use expensive, sometimes invasive, diagnostic methods, are often hospitalized in somatic hospitals and undergo unsuccessful surgical interventions .. The somatic is framed by the emotional instability, anxiety, low mood, not reaching the level of depression, decline in physical and mental strength, in addition, irritability, feelings are often present about inner tension and dissatisfaction. Exacerbation of the disease is provoked not by physical exertion or by changes in weather conditions, but by emotionally significant stressful situations. Patients can neither be reassured nor convinced that the painful manifestations are associated with mental factors.

A reliable diagnosis requires all of the following signs:

Differential diagnosis. Differentiation with the following disorders is important:

A short-term (less than 2 years) and less pronounced in intensity combination of symptoms is better classified as an undifferentiated somatoform disorder.

The main role in the treatment belongs to psychotherapy. Pharmacotherapy aims to create the possibilities of psychotherapy and is carried out to correct the associated symptoms. The choice of drugs in each case is determined by the characteristics of the symptoms and associated manifestations. The following groups of drugs are used for pharmacotherapy: first-choice drugs are antidepressants (tricyclic and SSRI groups); second-choice drugs are beta-blockers and normotimics; at the initial stages of treatment, a combination of an antidepressant with benzodiazepine is possible; antipsychotics with a sedative effect are also used as reserve drugs with severe anxiety that cannot be stopped with benzodiazepines. In addition, the therapy of somatoform disorders must be supplemented with vasoactive, nootropic drugs and vegetative stabilizers.