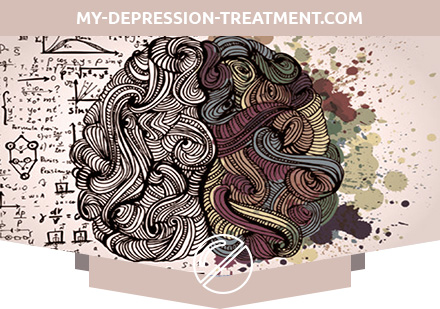 What are Somatoform Disorders?

This group of disorders is mainly associated with psychological causes and external factors, and the relative nature of the trauma must be taken into account.

Psychotraumatic irritants: information about family or love troubles, loss of loved ones, collapse of hopes, business troubles, impending punishment for an offense, threat to life, health or well-being. The irritant can be a single superstrong – in this case we are talking about acute mental trauma or a repeatedly acting mild irritant – in this case we are talking about chronic mental trauma or a traumatic situation. The significance of information for this particular individual determines the degree of its pathogenicity. Weakening the nervous system of the disease – traumatic brain injuries, infections, intoxications, diseases of internal organs and endocrine glands, as well as prolonged lack of sleep, fatigue, malnutrition and prolonged emotional stress – all these factors predispose to the occurrence of psychogenic diseases.

The recurring occurrence of physical symptoms along with the constant demands of medical examinations, despite the confirmed negative results and the assurances of the doctors that there is no physical basis for the symptoms. Despite the fact that the onset and preservation of symptoms is closely related to unpleasant life events, difficulties or conflicts, the patient resists attempts to discuss the possibility of its psychological conditioning. Hysterical behavior is aimed at attracting attention, especially in patients who are indignant due to the inability to convince doctors of the predominantly physical nature of their disease and the need to continue further examinations and examinations. Some patients are able to convince doctors of the presence of a specific pathology, being convinced of this themselves (Munchausen syndrome). Some researchers are convinced that somatoform symptoms are actually manifestations of latent depression, and on this basis they are treated with antidepressants, others believe that they are special conversion, that is, dissociative disorders, and therefore should be treated with psychotherapeutic methods. However, it should be remembered that these disorders can be pre-symptoms of true somatic diseases, and this implies close attention to the somatic examination of these patients.

The reasons are often psychodynamic, pain manifests itself as a way to achieve love, to avoid punishment and atone for guilt, a way of manipulating loved ones. Therefore, the secondary benefit of this symptom is important. The presentation of pain can also be a way of holding an object of love near you or a kind of fixed reflex after a long period of somatic or neurological pain. In the etiology of pain, central mechanisms associated with the level of endorphins are important.

The theories of the etiology and pathogenesis of neurosis depend on the interpretation of the data obtained by a particular clinical school; there are physiological, behavioral, ethological and evolutionary, psychoanalytic, informational and psychological interpretations.

Various theories separate the concept of neurosis as a reaction and neurotic as a special person who has gone through the path of neurotic development, which is characterized by a neurotic response to stress.

Constant, severe and mentally depressing pain, which cannot be completely explained by the physiological process and which appears in combination with emotional conflict or psychosocial problems, regarded as the main cause. These are headaches, pains in the back, sternum, neck. The pain often does not correspond to the zones of innervation, but sometimes it resembles pain symptoms in a known disease, for example, neuritis of the femoral nerve. The result of the manifestation of pain is a clear increase in support from relatives or doctors.

The clinic primarily includes emotional disturbances, mild cognitive impairments that define a special style of neurotic fixation on experience or neurotic thinking, disorders of thinking in content (obsessions), behavioral disorders (compulsions) and dissociative motor disorders, somatic experiences. All of these disorders are often a problem for the patient himself, but almost do not affect his social functioning, that is, the patient is quite acceptable for the social environment, causes altruistic desire for guardianship among people and rarely irritation. The clinic of neurosis includes the phenomena of somatic, personality, cerebral, hormonal spheres, changes in communicativeness. In the somatic sphere, you can almost always find vague complaints, paresthesia and senestopathy, weakness. In the personal sphere, the attitude towards oneself and one’s prospects is changing. In the cerebral sphere, fixations on the neurotic style of thinking are noted. In the hormonal sphere, there is a change in drives, usually their decrease. All this leads to impaired communication and a different idea of ​​their place among others.

It should be differentiated with somatic symptoms of depression, the initial symptoms of true somatic diseases. Differential diagnosis is difficult due to the fact that dysfunctions can really be combined with these disorders.