This content has been written and checked for quality and accuracy by
Dr. Leonard Citron Content Administrator Updated on: 14/01/2022 Next review: 14/07/2022

Schizophrenia is an illness of mind or in other words is a mental disorder that usually affects the people between the ages of 16 to 30. It is a chronic and severe illness having abnormal behaviours, disordered thoughts, anti-social behaviour and it often can be a life long struggle. It is a complex and long-term illness and the cause of this illness are still unknown. This disease can occur in anyone at any age but it is uncommon to have patients of schizophrenia below the age of 12 and older than 40. Around one percent of the whole world, the population is affected by the schizophrenia.

Expert says that schizophrenia is not a single disease it is a group of mental diseases. The symptoms of this disease among the males appear at a slightly young age as compared to the females. In most of the cases, this disease develops very slowly that the person does not know that they are suffering through this for many years until the symptoms can be seen. Early diagnosis and early treatment can control the complications and seriousness of the disease. The patients of severe schizophrenia are dependent on others, as they cannot do their work independently. 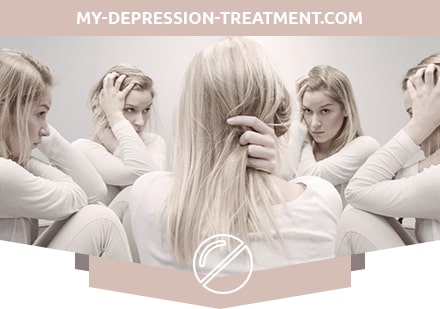 Schizophrenia has a range of problems related to the functions of the brain, which includes feeling disconnected with the emotions or feelings, faced difficulty in concentrating, wanted to avoid people or gatherings and wants to avoid them and so on.

As this disease has various symptoms varies from patient to patient, and are of four major types. Following are the types:

The major symptoms of schizophrenia include delusion, disorganized thinking, hallucination, negative symptoms, extremely disorganized or abnormal motor behaviour. The further short detail of these symptoms is discussed under:

Scholars believe that there are various factors that generally contributed to the development of schizophrenia in someone’s life. Experts and scholars are mutually agreed on a few factors and they believe that these elements are the reason for this mental disorder.

The diagnosis of schizophrenia is made by ruling out other medical issues that can be the behavioural symptoms normally known as exclusion, and by observing the characteristic symptoms of this disease present in the patient. The doctor will look for the presence of its basic symptoms i.e. delusion, hallucinations, negative symptoms, disorganized thinking and speech, disorganized or catatonic behaviour, inability to work efficiently at work or in daily routine for at least six months and social withdrawal.

For the diagnosis of this disease, the doctor maybe does the psychological evaluation, physical examination, imaging scans or MRI to take a complete picture of the condition of the patient and may do the blood testing. In the diagnosis of mental health evaluation and screening in a key factor in the diagnosis process of this mental illness. Much other mental health-related illness as if schizoaffective disorder, bipolar disorder, depression, anxiety, and substance abuse also have the same symptoms. Thus, it is important for the doctor to do a complete investigation to rule out these other disorders.

It is very important to start the treatment of the schizophrenia in time. If we will do delay in its treatment, its complications will affect every area of the patient’s life. In addition, in worse scenarios its complications can be included:

The best treatment for the patients having schizophrenia is a combination of psychological treatment, medication after consulting with the doctor and community support. 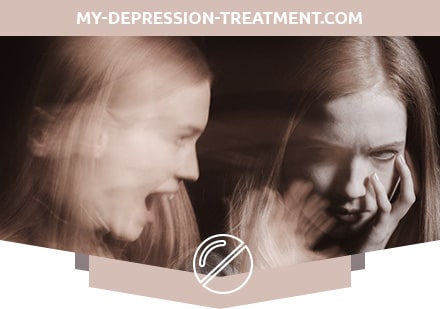 There is no specific and authentic way to prevent this mental disorder known as schizophrenia. But you can make your life better and can face the challenges occurred due to this illness by sticking with the treatment plan as it can help and assist to prevent from relapses and also protect it from worsening the symptoms of schizophrenia. The early diagnosis also can also prevent the complications of this illness.

Schizophrenia is a disease that affects all the functions of human life. The reasons of this disease are still not known and researchers are working on this. They believe that once the more reasons or risk factors for schizophrenia will be known, the early diagnosis of this disease will be easy for the doctors. It is a lifelong disease with severe complications and a patient with this illness has to fight with this for years. In this disease, not only the patient suffers but his family also suffers a lot as the patient is not able to do his routine work independently. He depends on someone to perform his normal routine tasks.

We also need to create awareness among the public about this and as a community need to help the person. We also need to give awareness to the family of the schizophrenic patient so that they can support the patients decrease the ratio of relapse of psychotic episodes and play their role in the improvement of patient’s outcomes. The family relationship will only improve when every member of the family knows how they can support their loved one who is dealing with this mental order schizophrenia.