This content has been written and checked for quality and accuracy by
Dr. Mari Terzaghi Content Administrator Updated on: 04/07/2022 Next review: 04/01/2023

Obsessive-Compulsive Disorder also called as OCD is among the most incapacitating mental illnesses described as the manifestation of compulsions and obsessions.

OCD affects two percent of the entire population where women are at slightly higher risk than males. Though the symptoms of Obsessive-Compulsive Disorder start to show gradually but about one-fourth of people with OCD can display them during early adolescence.

Obsessions can be defined as invasive or undesirable thoughts, worries, impulses, and images that may come into an individual’s mind over and over again. People with Obsessive-Compulsive Disorder are unaware of the fact that their obsessions are impractical creations of their brain, but somehow they are unable to get rid of them, manage them, and disregard them. People with OCD may get affected by following obsessions:

When a person is compelled to do a certain task, again and again, it can be considered as a compulsion. Compulsive behavior in people with OCD can be very rigid and elaborative. Some of the most common examples are:

The effects of OCD on an individual’s life are quite massive. It can change almost every aspect of their life, including the way their mind works, how it functions, what they think, and how they feel and behave. People with this disorder are always to themselves as they try to avoid circumstances where their symptoms can be triggered. The intensity of the signs and symptoms in OCD can differ from mild to severe and may appear/disappear from time to time. 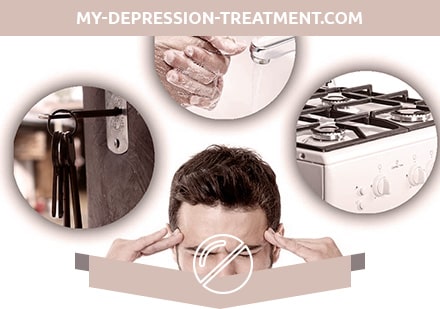 OCPD is a type of personality disorder that can easily be confused with OCD. This disorder can be distinguished the basis of certain symptoms such as:

People suffering from depression are always talking about their pasts, the mistakes they have made, and the failures they have encountered. This behavior can commonly be confused with obsession. Unlike OCD, depression can also be characterized by other symptoms such as fatigue, loss of interest, weight loss, and low appetite.

OCD and anxiety go hand in hand, and a person can simultaneously experience symptoms of both disorders. But, anxiety is different from OCD in a way that anxious people tend to care more about real-life issues and problems and are not under any coercion. Some of the most common anxiety disorders that can be mixed up with OCD include PTSD, social phobia, panic attacks, and generalized anxiety syndrome.

Until now, a specific cause of OCD has not been established, but several studies have shown that both psychological and biological factors are responsible for the prevalence of this disorder.

To explain the development of OCD, two theories have been proposed.

Different medical researchers have worked on brain scans and are now stating that somehow, the prevalence of Obsessive-Compulsive Disorder is related to a biological cause or a genetic factor. Scientists have described this study concerning chemical discrepancy in the brain, damaged brain system, and genetic deficiencies.

Even though it is only a possibility, but some studies believe that genes are somehow responsible for anxiety and stress that runs in the family. They also state that a person dealing with OCD must have someone within a family with the same disorder or any other psychological disorder within the spectrum of OCD. Despite extensive researches, studies, and a dozen potential candidates, experts are still unable to identify the particular genetic influences that may lead to compulsion and obsession.

Cognitive-behavioral therapy is one of the most effective ways to treat a patient with OCD. This treatment has two parts, i.e. exposure and response prevention and cognitive therapy.

A. Exposure and Response Prevention

This therapy deals with the treatment of OCD by repeatedly exposing the patient towards the sources of their obsessions and compulsions. Usually, the focus is more on obsessions and less on compulsions to reduce the anxiousness in them. Different experiments on impending candidates have shown that this form of therapy can be used to retrain the brain and to reduce the occurrence of OCD symptoms permanently.

For patients with severe OCD, cognitive therapy is often performed in combination with exposure and response prevention therapy. This therapy is more focused on how a patient interprets his/her obsession, beliefs, and attitude. A process of thought recording is used to help people in the identification, correction, and stimulation of their intrusive thinking. This way, they become fully capable to recognize and reconsider their beliefs about day-to-day circumstances. 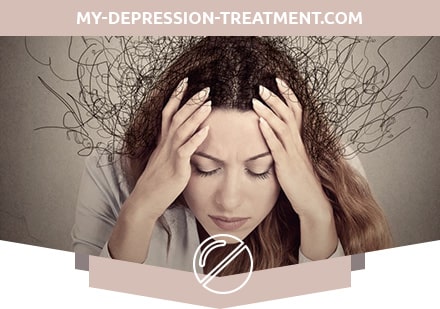 If not treated correctly, Obsessive-Compulsive Disorder can become a chronic and incapacitating disorder. In addition to different therapies, using drugs to treat symptoms of OCD can also be done effectively.

The main medications used to treat this condition are termed as serotonin reuptake inhibitors that are branded as another class of drugs, i.e. antidepressants.

There are different kinds of serotonin reuptake inhibitors used for the treatment of OCD. Among these types, selective serotonin reuptake inhibitors (SSRIs) are typically used by general practitioners. Some of the most commonly available SSRIs are Paroxetine (Paxil), Fluoxetine (Prozac), Sertraline (Zoloft), Escitalopram (Cipralex), and Citalopram (Celexa) And Fluvoxamine (Luvox). Some of these medications may work wonders on some people but may or may not be effective for others. Clomipramine is the oldest of all SSRIs and comes under the category of tricyclic antidepressants.

When the right SRIs have been found for the patient, they are advised to take it for at least 6-12 months and even longer if the chances of relapse are high. People who consume these drugs for a long time may also experience some side effects related to it. These effects are sweating, constipation, low sex drive, infertility, headaches, nausea, weight gain, trouble in sleeping, and blurred vision.

MOIs are considered as the best antidepressant medication that can also alleviate symptoms of OCD. The two MOIs available in the market are tranylcypromine (Parnate) and phenelzine (Nardil). These drugs are less effective than SRIs for the treatment of OCD and may have seven worse side effects. Therefore, doctors only prescribe these drugs if treatment through SRIs or SSRIs fails.

These drugs have a very calming effect on a person’s body and mind so they can help in the treatment of anxiety and sleeplessness but may be less effective in reducing symptoms of compulsion and obsession. People who are trying to get rid of their OCD through behavioral-cognitive therapy should stay away from these drugs as they may have a negative impact on your short term memory and learning capacity.

For the treatment of Obsessive-Compulsive Disorder, various herbs have been studied as well. Unlike these strong drugs, herbal medicines have no side effects on a human’s body and can easily benefit by reducing signs and symptoms of OCD. Lemon Balm, German Chamomile, Kava, Hops, Passion Flower, Gota Cola, and Skullcap contain certain compounds in them that are known to have identical effects on an individual’s brain like benzodiazepines.

Herbs such as Primrose oil and Gingko Biloba are also famous for their treatment against anxiety and depression, but they can also be used for the treatment of Obsessive-Compulsive Disorder. The quality and constancy of these herbs are very important to achieve the desired results, and even though these herbs are very safe, they should be used with caution. Irresponsible use of these herbs can either cause a worsening of an already existent condition or may cause a relapse to occur.